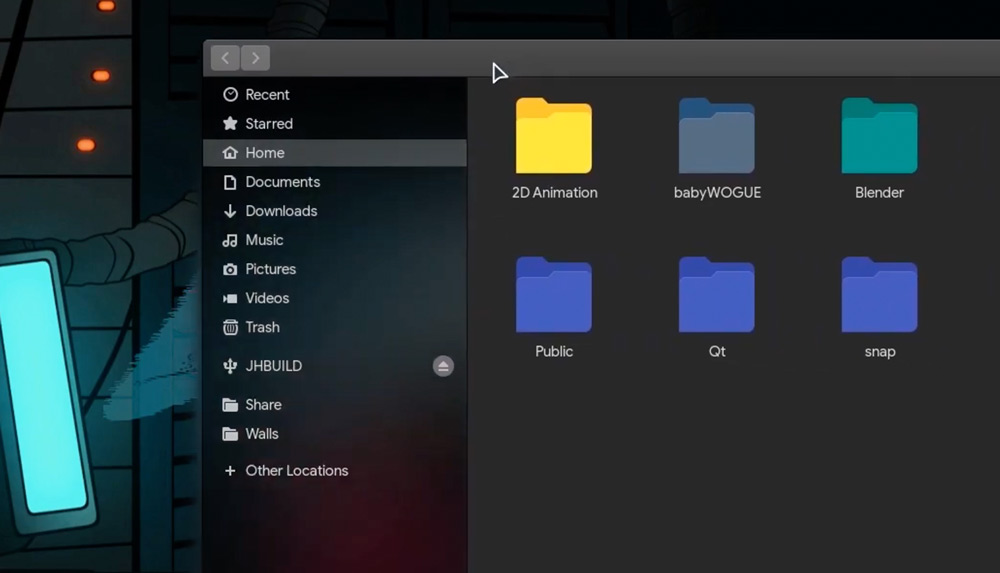 One longstanding complaint I hear about modern GTK apps is that they don’t like anywhere near as fancy as their macOS, Windows, iOS and even KDE Plasma counterparts.

A big reason for that is a lack of blur effect support in Mutter (and GNOME Shell at large, though yes: this is changing).

Thing is, next-gen window compositors based on the Wayland stack are already capable of doing more than just ‘showing’ windows on the screen.

Directly inspired by Compiz, Wayfire aims to offer a “customizable, extendable and lightweight environment” that supports the kinds of crazy cool 3D effects Linux is famed for, including wobbly windows and totally over-the-top window transitions.

Wayfire also supports background window blur effects, similar to the ones prevalent in Windows 10, macOS, Chrome OS and iOS systems, as ably demoed in this video:

Background blur effects are not to everyone’s tastes. But there are schools of thought where animation (i.e. motion) and other visual effects are used to give interfaces a sense of depth, structure, and predictability — all aiding overall usability.

Plus, I can’t deny that blur effect also looks pretty frickin’ cool, too.

General window transparency effects have been around in various compositors and window managers for an age (shoutout to anyone who remembers Emerald) but they all suffer from the same key problem: they make text harder to read.

Blur solves that; it’s a compromise, right? Blur maintains the benefits of motion, lighting, transparency, but without the hit on text legibility, UI contrast, and so on.

And as the video demo above shows Wayfire supports a crop of ‘window blur’ effects that GTK apps like Nautilus, the GNOME file manager, can take advantage of (provided that the underlying GTK theme supports it too. Note that Adwaita doesn’t).

Thing is, even if it GNOME Shell developers were willing to plumb in the work needed to support effects like blur in Mutter and/or Clutter, it’s not a given they would be configurable or accessible by developers or users.

GNOME is all about simplicity, after all.

Take a recent code rejection in another area of the UI. Their response to the contribution here suggests that, even if Mutter or Shell were able to make use improved effects, these wouldn’t necessarily be configurable.

GNOME say they aren’t keen on adding “…a bunch of options to let users pick their poison” and instead prefer solid defaults.

This makes projects like Wayfire et al all the more exciting. They’re willing to push the envelope in ways that more popular projects aren’t.

And it also means I (and many other Linux users) will be keeping more than a keen eye on them as they do!