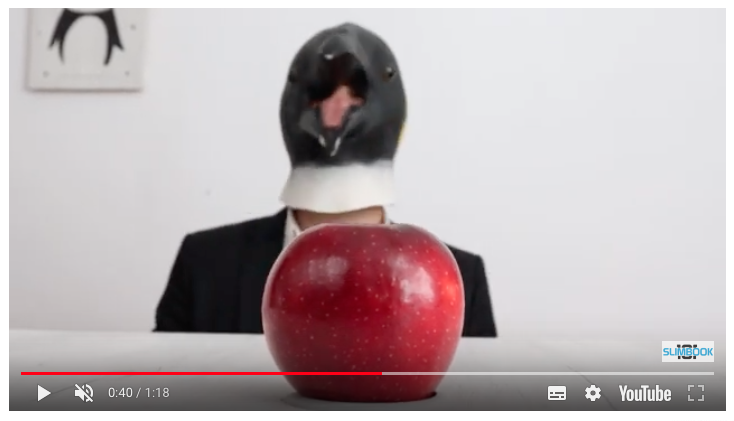 Yudhy Network - Linux laptop maker Slimbook is promoting an upcoming hardware launch with a bizarre YouTube video in which a penguin bashes apple — quite literally!

Fruitarians, apple fans, and the easily traumatised might not find the latest marketing campaign from Slimbook particularly funny.

The Spanish company is promoting an upcoming hardware launch with a bizarre new video campaign that involves bashing apple.

The video, which should be embedded above, is relatively short and relatively bizarre. It follows a Slimbook engineer in a penguin mask carefully measuring an apple before getting up and smashing it with a baseball bat bearing the Slimbook brand name.

Accompanying the clip are the hashtags #NoMoreFruit and #ForgetTheFruit — a playful dig at a certain fruit-branded company whose laptops are fairly popular? I think so.

The video also reveals that Slimbook will announce its new device on November 21, 2019 via the Slimbook website.

But that’s all we know.

Specific details about the product are being revealed a daily basis on a holding page on the Slimbook website, and includes the relative graphics and CPU performance versus other Slimbook laptops, like the Slimbook Pro X.

Based on the information revealed thus far we can make a couple of qualified guesses.

But for details on RAM, GPU and ports you, I and everyone else, will have to wait until Thursday November 21 for the full reveal.